Masculinity, Sex and Popular Culture is a research network funded by the Arts and Humanities Research Council (AHRC). The network connects academics, early career researchers and students as well as experts and commentators from outside of academia. Together we will explore the issues and debates around contemporary masculinity, sex and sexuality in order to set an ambitious agenda for subsequent research.

Clarissa Smith – Co-Investigator (University of Sunderland)
Clarissa Smith is the Director of the Centre for Research in Media and Cultural Studies at the University of Sunderland, her teaching and research focus on popular cultures and sexually explicit media, examining identities and pleasures, gender and sexual orientation. Her published works have developed new approaches to the study of pornographic media, moving away from questions about whether pornography should exist or its putative effects on individuals and society, to examine the ways in which pornography is not a singular genre but a range of practices, styles and languages for speaking about sex across a variety of media platforms. She is a founding co-editor of the Routledge journal Porn Studies and a member of the editorial boards Journal of Gender Studies; Participations and Sexualities. 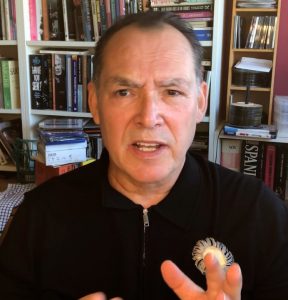 José Arroyo is an Associate Professor in Film Studies at The University of Warwick. He studied Economics at McGill University, Film Studies at the University of East Anglia and Communications at Simon Fraser University. He is co-founder of The Montreal Mirror, a former Associate Editor of Cinema Canada and was awarded the AQEC-Oliveri Prize for Film Criticism for ‘John Grierson and the War for Men’s Minds’. He has been a columnist on gay culture for Angles in Vancouver and wrote ‘The Wide Lens’ column for The Conversation. He has contributed queer cultural commentary for Gay Times, Attitude and other popular magazines. He has also contributed film criticism to a range of media outlets including Sight and Sound magazine, Front Row on Radio 4, The Cinema Show/ The DVD Collection for BBC TV and many others. José has taught Film Studies at Concordia University in Montreal, Simon Fraser University in Vancouver, Ramon Llull University in Barcelona, EICTV in Cuba, Altos de Chavón in The Dominican Republic, and elsewhere. He is the editor of Action/ Spectacle: The Sight and Sound Reader (London: 2000) and currently blogs on film at notesonfilm1.com and podcasts on Eavesdropping at the Cinema and Thinking Aloud About Film.

Begonya Enguix – Steering Group member (Open University of Catalonia)
Begonya Enguix is an Associate Professor in the Arts and Humanities Department of the Universitat Oberta de Catalunya (Open University of Catalonia, UOC). She holds a degree in American Anthropology (Universidad Complutense de Madrid), a degree in Advertising (UCM-UOC) and a PhD in Social and Cultural Anthropology (Urban Anthropology) (Universitat Rovira i Virgili, Tarragona). She has participated in many research projects on migration, anthropology of the body, gender, love, and digital identities among others. She is the principal researcher of the project ‘Genders and Postgenders: A Cartography of Gender meanings (for Social Transformation)’ (National Programme of R+D, 2017-2019). She is the PI of the research group ‘Medusa: Genders in Transition. Masculinities, bodies, affects and technoscience’ (UOC), and is a member of ‘Mediaccions@Digital Culture Research Group’ (UOC) and of the ‘Research Group on Anthropology of the Body’ (Catalan Institute of Anthropology). She lectures and conducts research on genders, bodies, sexualities, identities, and their intersections with the urban, the media, activism and the digital. She has published over 50 works on these fields.

João Florêncio – Steering Group member (University of Exeter)
João Florêncio joined the University of Exeter in 2015, having previously taught at Trinity Laban Conservatoire of Music and Dance; Central St Martins, University of the Arts London; Goldsmiths, University of London; City and Guilds of London Art School; and the University of Portsmouth.
His interdisciplinary teaching and research navigates the intersections of modern and contemporary visual culture and performance with queer theory, philosophy, medical humanities and the posthumanities with a focus on issues of sexuality, embodiment, ecology, ethics and community.João coordinates the Exeter Masculinities Research Unit and he is a member of the Sexual Knowledge Research Unit. He sits on the Board of Directors of PSi: Performance Studies international (2017-2021), and was a founding member of PSi’s Future Advisory Board (2015-17).

Jamie Hakim – Steering Group member (Kings College London)
Jamie Hakim joined UEA as a Lecturer in Media Studies in 2014. His current research project is called the Male Body in Digital Culture. This project explores the recent rise of different digitally-mediated, male body practices. These include: i) the rise of the celebrity male nude internet leak ii) men sharing images of their worked out bodies on social media; iii) online drag queen body transformation tutorials; and iv) the rise of gay men using smartphone hook-up apps to organise ‘chemsex’ sessions. All of these practices have emerged since 2008. As such, he is exploring them as embodied responses to cultural changes that have occurred during the neoliberal austerity moment. A number of research outputs are emerging from this project.
Before embarking on an academic career Jamie worked in different editorial positions at Attitude – Europe’s leading gay culture magazine: Front Editor (2003-2005) Deputy Editor (2005-2008) and Senior Contributing Editor (2008–2014).

Mark McGlashan – Steering Group member (Birmingham City University)
Mark McGlashan is Lecturer in English Language in the School of English. He holds several postgraduate research degrees in language and linguistics from Lancaster University. His interests predominantly centre on Corpus-based (Critical) Discourse Studies and the application of corpus methods to the analysis of a wide range of social issues including nationalism, racism, sexism, and homophobia. His PhD thesis examined representations of same-sex parent families in children’s picturebooks, a rare collection of publications he has widely written and presented on.
Previous positions include periods as Research Fellow at the WMG Cyber Security Centre, University of Warwick and Senior Research Associate at the ESRC-Centre for Corpus Approaches to Social Science, Lancaster University. Both positions included the extensive collection and analysis of large specialised corpora from a range of online sources to investigate (amongst other things) instances of online rape threats, insider threats, discourses around cyber security and Robotics and Autonomous Systems, racism, and anti-Semitism.

Peter Rehberg – Steering Group member (Schwules Museum Berlin)
Peter Rehberg received his PhD from New York University in Germanic Languages and Literatures. After graduating from NYU, he worked predominantly in the fields of queer theory, popular culture, and media studies. He has taught and researched at several universities in the US and Germany. In addition to his academic work, he also published three novels (Play, Fag Love, Boymen), worked as an editor for queer magazines, and is a regular contributor to the weekly Der Freitag, where he writes on gender and US politics. Most recently, he was appointed DAAD Associate Professor at the University of Texas at Austin (2011-2016).
In 2016/17, during his time at the ICI Berlin, Peter Rehberg finished a book-length study entitled Hipster Porn: Queer Masculinities, Affective Sexualities, and New Media, looking at contemporary queer fanzines in the context of online pornography as a rearticulation of masculinity, desire, and queer sociality.

Florian Vörös – Steering Group member (University of Lille)
Florian Vörös is Lecturer in Media and Communication Studies at Lille University. His training background is in sociology, at Sciences Po Paris, Concepción University (Chile) and at the School for the Advanced Studies in the Social Sciences (EHESS) where he defended in 2015 a PhD dissertation on the social uses of online pornography and the constructions of masculinity. He works at the crossroads of interpretative sociology and Cultural Studies, with interest in Political Economy and Science and Technology Studies. His current research examines the sexual regulation of digitally mediated public spaces, through fieldwork in social media, hook-up apps and festive events.